James Fischer Trotter, of Chapel Hill, passed away June 23 at his home.

Born and raised in Reidsville, N.C, James was the son of the late James Fischer Trotter and Martha Neal Trotter.  Educated in the Reidsville public schools, he graduated from Reidsville High School in 1956 and attended Hargrave Military Academy on a post graduate athletic scholarship in 1957, graduating from there that year. He went on to The Citadel in Charleston S.C., in 1958 and transferred to Guilford College in Greensboro, N.C. in 1960.  In 1961 James married the love and his life, Margaret Scott Rodwell of Warrenton, N.C. and started to work for The American Tobacco Company at the Reidsville Branch. In January he was transferred to the Durham Branch and was given the opportunity to learn the manufacturing processes from start to finish. James became their Branch Manager and in 1986 was transferred back to the Reidsville Branch location as their Primary Manager.

An avid golfer, James enjoyed the joys and frustrations of the game, with his buddies, from the beach to the mountains of North Carolina.  He was also a lifelong fan of the UNC Tarheels.

The funeral will be held at 11:00 A.M. on Tuesday, July 3 at Saint Stephen’s Episcopal Church in Durham, N.C. There will be a luncheon reception in the Parish Hall following the service.

The Trotter family is under the care of Hall-Wynne Funeral Service. Online condolences: www.hallwynne.com; select obituaries.

Offer Condolence for the family of James Fischer Trotter, Jr. 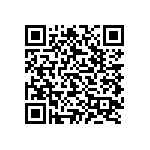