James Edward Darst, 33, died accidentally Thursday, April 7, 2016 while attending a conference in New Orleans. A Charlotte resident, Jamie was born July 11, 1982 in Burlington, NC and raised in Walnut Cove. After graduating from South Stokes High School, he continued his education at UNC-Chapel Hill, receiving the Bachelor of Science in Computer Science in 2005. Jamie married Katie Doyle of Durham in 2009. He was a Territory Services Manager in IT Consulting with Red Hat Consulting, having been honored recently for 10 years of service. Jamie was in the process of relocating his family to the Triangle area following a promotion from his company.
Jamie Darst had a passion for life, which he lived to the fullest and with gusto. He approached his relationships in the same intentional manner. Born into a musical family, Jamie was a phenomenal drummer. Most of all, Jamie was a loving husband, father, son, brother and friend. His 3-year old son brought him boundless pleasure, as he was a devoted and fun dad, ideally suited for his role of fatherhood.
Jamie leaves his wife, Katie Doyle Darst; his son, Dylan James Darst and daughter, Mazie Helen Darst, born April 10, 2016; his mother, Linda Anne Darst of Walnut Cove and father, Edward Gilmer Darst, II of Kernersville; his siblings, Daniel Wayne Darst of Kernersville and Patricia Darst Cromer and husband, Daniel of Germanton; grandfathers, Robert Edward Darst and Lewis Ray Cheek; and step grandmother, Becky Bruffy Darst. Jamie was preceded in death by his maternal grandmother, Patricia Songy Cheek and paternal grandmother, Lorraine Noel Darst.
A Mass of Christian burial will be offered 10:00 AM Friday from Immaculate Conception Catholic Church. Private burial will follow in Maplewood Cemetery, Durham. Friends will be received 6-8 PM Thursday at Hall-Wynne Funeral Service.
Gifts in Jamie’s memory may be made to: FRIENDS OF JAMIE DARST MEMORIAL FUND: www.crowdrise.com/friends-of-jamie-darst-memorial-fund/fundraiser/friendsofjamie. On-line condolences: hallwynne.com

Offer Condolence for the family of James Edward “Jamie” Darst 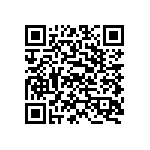