James Edward Daniels, 87, formerly of Goldston, died Tuesday 4/30/13 at his home. Son of James Albert Daniels and Keron Woolard Daniels, he was born on February 15, 1926 in Washington, NC. He is survived by his daughter Anna Linda Daniels Nicholson, her husband Michael Nicholson and their three children Jon, Malcolm, and Hannah; and by son Taumi Daniels and his wife Rene Cabral Daniels and their daughters Arrianne, Allanna, and Amarra.
James is also survived by numerous relatives including Clingman Woolard and family of Carbonton, NC, Walter Daniels and family of Victoria, TX, Louise Daniels Woolard of Washington, NC, Lillian Warren Smith and family of Havelock, NC, Inez Warren Johnson of Washington, NC, Patsy Warren Boyd and family of Washington, NC, Darlaine Warren Cieszko of Washington, NC, and Barbara Campbell Barbour and family of Poquoson, VA,
At age 16, James left home to work for Davey Tree Company in Raleigh, NC. He then served in the U. S. Navy from 1944 to 1946 at Guantanamo Naval Base, Cuba. He reenlisted in the U. S. Army and served from 1947 to 1965 in a variety of roles from cook to combat infantry. He saw combat duty during the Korean War in 1950 and was awarded several awards and commendations. Later during his Army career, he served as a helicopter flight engineer from 1959 to 1965.
After serving two tours in Korea, his duty stations included Tokyo, Japan, where he met Michiko Kinosita in 1947. They married in 1950 in the resort town of Atami, Japan.

James and Michiko lived the military lifestyle from moving from Aberdeen, MD to Paris, France to Lawton, OK. James retired from the Army and worked as a civilian helicopter pilot and mechanic for the U.S. Army in Alamogordo, NM.
In 1977, James and Michiko retired to Goldston where they built their retirement home to raise vegetables. He became known as the “Tomato Man” to many in the area. Michiko was known for her skills as a seamstress making numerous wedding dresses for local ladies. In August 2011, Michiko succumbed to Alzheimer’s Disease.
He will be cremated and services will be private. Please omit flowers, however, memorial contributions may be sent to Eastern North Carolina Alzheimer’s Association, 3737 Glenwood Ave., Suite 100, Raleigh, NC 27612.
Online condolences may be made at www.hallwynne.com. Arrangements by Hall-Wynne Funeral Service and Cremation of Pittsboro.

Offer Condolence for the family of James Edward Daniels 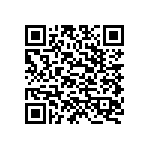