James Curtis Neely died peacefully at home on the morning of February 9, 2009. Mr. Neely was born on April 10, 1924, in Birmingham, Alabama, to Van Madison Neely and Mary Pearl Chapman.

Mr. Neely served in the US Navy as an Electrician’s Mate during WWII and fought in the Pacific Theater aboard the ship the USS New Mexico. He was discharged from the US Navy in 1946. On December 6, 1947, he married Lois Lorraine McKelvey of Shadyside, Ohio. They were married for 59 years until her death in May 2007. Mr. Neely and his wife were active members at First Assembly of God in Hickory, NC.

Mr. Neely graduated from George Washington University in Washington, DC, in 1954, after which he enjoyed a successful management career as an Electrical Engineer. His career was capped off with a teaching position in Electrical Engineering at Catawba Valley Community College in Hickory NC where he taught for ten years and retired in 1988.

A graveside service will be held at Catawba Memorial Park in Hickory, NC, on the morning of Friday, February 13, at 10:00 am.

Offer Condolence for the family of James Curtis Neely 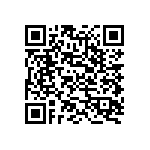