Mr. Lane was born in Vass, NC on November 16, 1925, the son of Benjamin Franklin Lane and Eleecy Stutts Lane. He served our country in the US Navy during World War II, and was the owner/operator of Lane and Clegg Body Shop. Mr. Lane was a former Boy Scout leader, a member of the Bynum Ruritan Club, and a member of Bynum United Methodist Church, where he had served as a Sunday School teacher.

The service to celebrate the life of Mr. James Crawford Lane, Sr. will be held at 2 o’clock Saturday afternoon, January 26, 2013 at Bynum United Methodist Church, with Pastor Gina Barrow presiding. Military honors will be offered at the conclusion of the service. Following the service, friends may visit with the Lane family for a reception at the Bynum Ruritan Club building.

Online condolences may be left at www.hallwynne.com, select “Obits & Guestbook” then “Current Services”.

Arrangements for Mr. Lane are under the care of Hall – Wynne Funeral Service and Cremation of Pittsboro.

Offer Condolence for the family of James Crawford Lane, Sr. 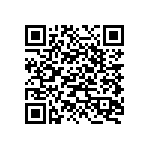