James was born in Chatham County on February 26, 1925 to the late Jarvis and Mozelle Boone.

He served his country in WWII as a B-29 pilot, in the Pacific and was awarded a Bronze Star and an Air Medal. James spent his remaining working years as a building contractor and farmer.

He is survived by his wife of 67 years, Margie Seymour Boone; daughters, Betty Griffin and husband Gene, of Sanford, NC, Jo Ann Thomas and husband Eddie, of Pittsboro; four grandchildren; and three great-grandchildren.

The family will receive friends at Hall-Wynne Funeral Service, Pittsboro from 6:00-8:00PM, Sunday, April 7th, 2013. A funeral service will be held at Hanks Chapel United Church of Christ in Pittsboro at 11:00AM Monday, April 8, 2013. Burial will follow in the church cemetery.

Offer Condolence for the family of James C. Boone 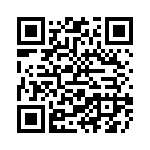