DURHAM – James Buchanan Wilkinson ‘Whitey’, 92, of 1616 Shawnee Street, a life-long resident of Durham, died Tuesday morning, December 9. He was born May 14, 1916, the third son of John Walker Wilkinson and Mary Pearl Wray, both of East Durham. James was married to Mildred Boyd on December 3, 1949. Mildred preceded him in death December 30, 2002.

He is survived by one brother, Danridge and wife, Flo; and a sister-in-law, Frances. He is predeceased by his two older brothers, John and Tom. He served in the Army Air Force in World War II and was a generous benefactor of Campbell University, Baptist Hospital in Winston-Salem, NC State Forestry, Salvation Army, and St. Jude’s Hospital.

Funeral services will be held Thursday morning, December 11, at 11 a.m. at Mt. Sylvan UMC, 5731 Roxboro Road, Durham. Viewing and visitation with the family will be before the service at the church, beginning at 10 a.m. Flowers are appreciated or donations may be made to Duke Hospice, 4321 Medical Park Dr., Suite 101, Durham, 27704.

James was a member of Angier Avenue Baptist Church and a long time supporter of Carr United Methodist Church where his wife, Mildred was a life long member. James was also an avid sportsman and hunter who loved his dogs as much as the hunt itself. He was a skilled craftsman and worked transforming wood into every imaginable creation. From the Replica of a Williamsburg Home he built in his backyard to the beams used in the Erwin Cotton Mill addition, he created everything from wood. It was very evident from his love of the forest that it was the sanctuary where he felt closest to his Creator. He loved his walks in the forest and knew every variety of tree. James was an engaging story-teller who loved to recount every detail of his time in the Army and his time spent in Africa and Italy. In his later life, his health caused him to slow down, but his witty humor was ever-present to the very last day he lived. He will be missed by those who loved him.

Offer Condolence for the family of James B. Wilkinson 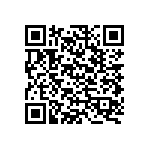