Durham — James B. (Jim/Papa) Duke, long-time resident of Durham, NC, passed away Thursday January 17, 2019 at Hillcrest Convalescent Center after a long illness and surrounded by the love of his family and caring staff.

Born to the late Bernard and Lillian Duke in 1941 in Durham, NC, Jim attended Southern Durham High School and later Free Will Baptist Bible College in Nashville, TN where he met and married Jane Duke, the love of his life, in 1962. Jim worked in the automotive industry for over 30 years, most recently for Sport Durst automotive group. After retiring, he enjoyed working around the house, traveling with Jane (and hosting her card groups), and playing lively games of hide and seek with his grandchildren.

Jim is preceded in death by his beloved wife Jane Duke.  He is survived by his sons, Jamie Duke of Cary, NC and Jonathan Duke of Raleigh, NC (and wife Sheryl); his 4 grandchildren, Cannon, Jackson, Ainsley, and Brian Duke, all of whom make their home in the Triangle of NC (a blessing for which he was forever grateful); and his sister Doris Stanley of Virginia Beach, VA.

In lieu of flowers, memorial gifts may be made in Jim’s honor to Duke Hospice Hock Family Pavilion. In accordance with his wishes, a celebration of life service will be held in Texas where he’ll be laid to rest with Jane.

Offer Condolence for the family of James B. Duke 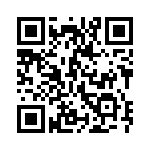