DURHAM-James A. “Jim” Bodenhamer, 77, passed away peacefully on April 12, 2013 after a courageous battle with Lung Cancer with his wife and sons by his side. Jim was born on February 14, 1936 in Princeton, KY to L.W. and Imogene Clift Bodenhamer.

After graduating from Butler High School, serving in the U.S. Army and attending technical/trade school in Nashville, TN, he began a 40 year career, 38 years with General Electric in Salem, VA, Charlottesville, VA and Mebane, NC and 2 years with Complete Reading Electric Company in Houston, TX.

Jim was a loving and gregarious man who enjoyed traveling, spending time with his extended family and, most importantly, his wife of 55 years. Jim’s compassion for others and his ever present sense of humor will leave lasting impressions on all those with whom he came in contact. He had a lifelong love of baseball and, as a child, he enjoyed traveling with his father to Saint Louis Cardinals’ games. As an adult his favorite baseball team was The Durham Bulls. Jim was also an avid Duke Basketball fan.

In addition to his parents, Jim was preceded in death by his two brothers, Dorrell Bodenhamer and Tilford Bodenhamer and his sister, Margaret Newcomb.
He is survived by his wife, Sara McCarty Bodenhamer, his two sons, Brian Bodenhamer Angela of Bowling Green, KY and Greg Bodenhamer Lori of Raleigh, NC, 7 grandchildren Ashlyn, Tyler, Jordan, Austin, Christopher, Ryan and Brooke and several nieces and nephews.

Jim’s request was that there be no memorial service. In Jim’s honor, donations may be made to The American Heart Association, 4217 Park Place Court, Glen Allen, VA 23060 or the American Cancer Society, 8300 Heath Park #10, Raleigh, NC 27615.

Arrangements for the Bodenhamer family are under the care of Hall-Wynne Funeral Service & Crematory. Online condolences www.hallwynne.com, select obituaries.

Offer Condolence for the family of James A. Jim Bodenhamer 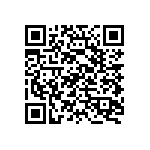