Jackie Strange, 87, of Chapel Hill, passed away on Sunday, February 1. She was born February 3, 1927 in Stuckey, Georgia to Charlie and Etta Mae Anderson and predeceased by her brothers Charles and Carlton Anderson.

She received a BS in Education from Georgia Teachers College (now Georgia Southern University) and, after three years teaching high school and coaching the women’s basketball team, settled in Statesboro, Georgia and began her distinguished career with the US Postal Service. Jackie worked her way up the system, often being the first woman to hold various managerial positions.

Upon retirement from the USPS, she chose to stay in public service and became President and CEO of the Bob Dole Foundation for the Employment of People with Disabilities from 1987 to 1989.

Among her numerous honors, her most treasured were the Benjamin Franklin Award (the Postal Service’s highest award), the Woodrow B. Seals Laity Award awarded by the Perkins School of Theology at Southern Methodist University, and being the first graduate to receive an honorary doctorate from Georgia Southern University.

Jackie was passionate about her family, her church, and her career. Her faith and her positive demeanor were the hallmarks of her life. She raised two boys as a single parent. She was a clothing designer and seamstress, an accomplished pianist, published poet, and water color artist.  She was a respected motivational speaker and was a mentor to countless women making their way up their career ladders. In her retirement she was active in her church and served on numerous community service boards. She moved to North Carolina in 2005 to be near her sons.

A memorial service will be held on Thursday, February 12 at 2:30 in the Memorial Chapel at Duke University Chapel in Durham. Another memorial service will be held at Metropolitan Memorial United Methodist Church in Washington, DC at 11 a.m Saturday, March 21, 2015. In lieu of flowers, memorial contributions may be made in remembrance of Jackie Strange to the Jackie Anderson Strange Scholarship, Georgia Southern University Foundation, PO Box 8053, Statesboro, GA 30460. Arrangements are entrusted to Hall-Wynne Funeral Service, Durham, NC. Online condolences at www.hallwynne.com.

Offer Condolence for the family of Jackie Strange 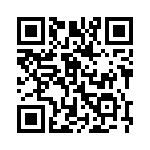