Jackie Green, 72, died Friday, June 27, 2014 while at Duke University Hospital in Durham, NC.
He was born in New York, July 19, 1941 to Marie Farrell and James Green. Jackie was a lifelong preacher and truck driver. He was married to Mary Catherine Burke for 55 years. They had three children and four grandchildren. He was a loving husband, a wonderful father, and adored spending time with his grandkids at dance recitals and ballgames. Jackie was known for passing out gold coins to special people and to those in need.
In addition to his wife, Jackie is survived by his sons, Keith Green, of Pittsboro, NC, Ken Green and his wife, Sandy, of Pittsboro; his daughter, Denise Badders and her husband, Allen, of Pittsboro; and his grandchildren, Stacey Badders, Timothy Badders and his wife, Karen, Robby Badders, and Kenley Green.
The family will receive friends from 6-8:00PM Monday, June 30, 2014 at Hall-Wynne Funeral Home in Pittsboro, NC. A funeral service will be held 2:00PM, Tuesday, July 1, 2014 at Bynum Baptist Church with the Rev. Tim Qualls officiating. Burial will follow at Meroney UMC in Bear Creek, NC with the Rev. Jim Whittaker offering the committal service.
Please make memorial contributions in honor of Jackie, to Durham Rescue Mission – PO Box 11368 Durham, NC 27703.

Offer Condolence for the family of Jackie Green 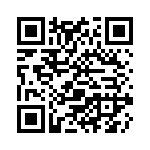