DURHAM – Jack Willard Bergstrom passed away Monday, June 4, 2018 at his home at The Forest at Duke. He was born in Des Moines, Iowa to the late Myron and Lorrene Bergstrom.

Jack graduated from Stonewall Jackson High School in Charleston, WV in 1946. He met his late wife of 64 years, Kathryn Tuttle Bergstrom, at Duke University where they both graduated in 1950. They later married at Duke Chapel in 1951. He enlisted in the US Air Force in December 1951 and graduated from the US Air Force Officer Candidate School in July 1952. He served at Lowry AFB in Denver, Colorado, Kessler AFB in Biloxi, Mississippi and Elmendorf AFB in Anchorage, Alaska.

Jack and Kathy moved back to Durham in 1991 where they spent and enjoyed their retirement years. They were members for over 50 years at Epworth United Methodist Church.

Memorials may be made to the benevolent fund at The Forest at Duke or to Epworth United Methodist Church.

The Bergstrom family is under the care of Hall-Wynne Funeral Service.

Offer Condolence for the family of Jack Willard Bergstrom 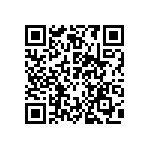