DURHAM: Leonard Jackson “Jack” Staunton, 78, died Thursday in Duke Regional Hospital following a brief illness. He was born in Burlington, NC May 9, 1937 to Leonard Godwin and Maurine (Blackley) Staunton. Jack was raised in Siler City and after high school graduation attended Pfeiffer College. He relocated to Durham to join Brame Specialty Co. in sales. In 1964 Jack founded Staunton Sales, Inc., a contract cleaning company which he operated until 2010.

A man of deep Christian faith, Jack regularly attended Cresset Baptist Church. He was a member of the Durham Jaycees, the Sertoma Club and several commercial cleaning organizations. An avid baseball fan, he played steadily in earlier years, earning a college scholarship at Pfeiffer. He loved to fish, spend time at the coast and engage in political discussion. Jack’s family was his chief priority. He never failed to give of himself and put others first. Jack Staunton will be remembered for his wonderful sense of humor, big heart and bright mind.

Surviving are his wife of 54 years, Sally Furr Staunton; his daughter, Jaci Pergerson of Rougemont; his grandson, Bryce Pergerson; a sister, Mary Elaine Hartley of Raleigh, and several beloved nieces and nephews. He was predeceased by his son, Leonard Eugene “Len” Staunton in 2013.

The funeral will be 2:00 PM Wednesday from the Chapel of Hall-Wynne Funeral Service, with the Rev. Ned Mathews officiating. Burial will follow in Maplewood Cemetery. Friends will be received in the funeral home one hour prior to services. Gifts in Jack’s memory may be made to the Children’s Home Society, chsnc.org. On-line condolences: hallwynne.com

Offer Condolence for the family of Jack Staunton 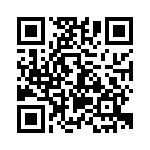