Calvin Jerome Roberson, better known as “Jack”, went peacefully from this earth Wednesday, November 20, 2013. He was born May 09, 1931 in Chatham County, NC. He had suffered from many health issues over the last three months.

He was a wonderfully loving husband, father & grandfather. Jack was also well known in Chatham County for his sense of humor & matter-of-fact. He loved camping, fishing, travel & taking care of & working with his “big toys” heavy equipment, singing to his wife, talking about his family, both past and present, taking care of his mobile home park, and just plain talking to everyone. Jack especially loved joining his brothers & sisters for their monthly dinner out.

Jack attended Bynum & Pittsboro, NC schools. He met the love of his life in the Roses Dime Store in Chapel Hill, NC. He and Mary Catherine Hines were married November 15, 1953. He enlisted into the U.S. Navy and served with honor until his discharge in 1955. In 1957, he graduated from Danville Technical Institute as a Linotype Operator and worked at the Durham Morning Herald for years. Afterwards, Jack entered into business for himself installing septic tanks. Jack and his wife started Parker’s Creek Mobile Home Park and built the home where they resided to, on the property.

Jack will be missed by many, but never forgotten for the man he was & the man we loved.

Offer Condolence for the family of Jack Roberson 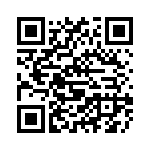