J. Wesley Covington, 59, passed away at his home on February 2, 2010.
Wes was born on May 20, 1950 in Durham, North Carolina to Dr. A.M. Covington and Virginia Bright Carter Covington. He graduated from Duke University in 1972. After a variety of jobs in the public sector, Wes resumed his education, receiving a Juris Doctor degree from North Carolina Central University in 1981. After graduation, Wes served as an assistant district attorney in the 14th judicial district. In 1988 he joined his good friend Lee A. Patterson, II in the Bryant Patterson law firm in Durham, North Carolina.
Wes was a trial lawyer, representing clients in the state and federal courts. He also provided counsel to a variety of nonprofit entities, and was General Counsel to the Divers Alert Network for many years. He was particularly proud of his representation of plaintiffs in medical negligence cases. Many of his clients became his friends for life.
Wes was a devoted and loving husband, father, and grandfather, and was fiercely loyal to his many friends. His family and friends were paramount in his life, and with them he shared his love of scuba diving, music, travel, books, and, particularly, Duke Athletics. All that knew him will greatly miss his energy and his humor.
Wes was an active member of Aldersgate United Methodist Church. He is predeceased by his mother, Bright. He is survived by Marsha Covington, his wife of 37years, his son Skyler Covington and wife Erica Covington, his daughter Summer Covington and partner Sherri Beane, his grandchildren Gracen and Owen Covington, his sister Cullen Covington-Hicks and husband Ed Hicks, his niece Dr. Lauryl Tucker and husband Adam Tucker, and his father Dr. A.M. Covington.
The family will receive friends at the Aldersgate United Methodist Church Family Life Center on Saturday, February 6, 2010 from 3:00 to 6:00 p.m.
Family and friends are invited to a memorial service at Aldersgate United Methodist Church, Durham, North Carolina at 4:00 p.m. on Sunday, February 7, 2010. .
In lieu of flowers, memorial contributions may be made to The Durham Nativity School,
P.O. Box 3537, Durham, North Carolina 27702.

Offer Condolence for the family of J. Wesley Covington 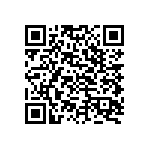