Papa J. was a 1959 Graduate of Chapel Hill High School. He also worked with Triangle Ford Industrial Engines for 25 + years where he eventually retired as General Manager. He served with the National Guard for 8 years. He was and did many things that he was greatly proud of, but his greatest pleasures came from the time and company that he spent with his family and close friends. Papa J. lived for his grandchildren and seemed to collect more than just his own everywhere that he went. He was a great man and will always be remembered with every sunset, trip to the lake and Duke victory.

He was a Shriner and a Mason and until he was no longer able to, he greatly enjoyed donating his time to both organizations in their efforts to help children everywhere.

In lieu of flowers, memorial contributions in J.S.’s name may be made to the Masonic Home for Children at Oxford, 600 College St., Oxford, NC 27565 or Shriners Hospital for Children, 950 West Faris Rd. Greenville, SC 29605. Please include “Julius S. Howard Memorial” on the memo line of your check.

Offer Condolence for the family of J.S. Howard 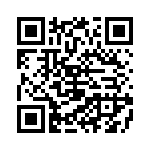