J. (Joseph) Edward King, 83, a lifelong resident of Durham, died at Hillcrest Convalescent Center on Monday, March 16, 2015. Ed King was born in Durham on August 23, 1931 to the late Jettie Alonzer King and Esker Elizabeth King (Crutchfield), both also of Durham.
Ed grew up in Durham (DHS ’49) and attended Duke University, where he earned a bachelor’s degree in chemistry (Trinity ’54) and a master’s degree in anatomy (Graduate School ’56), after which he began what became a forty-two year career at Duke University. During this time, he worked as a research scientist in the Department of Anatomy (research included canine olfactory neuroanatomy and the effects of prenatal nicotine exposure on birth weight); as the Manager of the Central Teaching Facilities for the Medical School (during which time he traveled to Guatemala to help establish new medical school teaching facilities there); and also as a radiation safety officer. After retiring from Duke, he was active in the Coast Guard Auxiliary and often volunteered at West Point on the Eno, not far from where his grandfather, W.E. King, served as the chief engineer of the Durham Water Company’s Eno River Pumping Station. Ed’s many interests included photography, classical music, fishing, and basketball (especially Duke Basketball).
In addition to his sister, Elizabeth Ann of Winston-Salem, NC, he is survived by his four sons and their families, Bill of Concord, NC, along with wife Rheba, and Bill’s children Ian and Meagan; Julian of Garner, NC, along with wife Aimee and their children Rose, Drew, and Wade; John of Garrett Park, MD, along with wife Liz and their children Cara and David, and David of Durham, NC, along with wife Cindy and their children Andrew, Bradley, Evan, and Rebecca.
The family welcomes friends to visit, from 5:00 to 7:00 p.m. on Thursday, April 16th at Hall-Wynne Funeral Service, 1113 West Main St., Durham. A private burial will occur in the Maplewood Cemetery, Durham, NC. Online condolences may be made at www.hallwynne.com.
Donations in Ed’s memory may be made to the Eno River Association (www.enoriver.org).

Offer Condolence for the family of J. (Joseph) Edward King 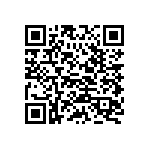