SEE UPDATED SERVICE INFO. Joseph Clinton Rogers, 84, died December 31 after an extended illness. He was born May 20, 1933 in Durham to Ralph Peele and Lucille Swaringen Rogers. Clinton graduated from Durham High School and enlisted in the Air Force. After discharge, he attended the Citadel for his freshman year, then transferred to UNC, graduating with a business degree. Clinton spent his entire career as an independent insurance agent. He was a lifelong member of Trinity United Methodist Church, where he served in many capacities, including the finance committee. He was also a member of Tobaccoland Kiwanis Club and a charter member of Hollow Rock Racquet & Swim Club.

Clinton Rogers will be remembered for his enduring positive attitude, humility and generosity, always putting others before himself. He combined quite dignity with a quick, dry sense of humor and remarkable inner strength.

Offer Condolence for the family of J. Clinton Rogers 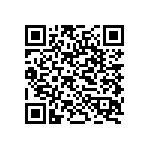