Irwin Leonard “Irv” Chatlin, age 86, a resident of Chapel Hill, NC died February 22, 2020 at his home in Governors Club.  He was born July 14, 1933 in Washington D.C, the son of Harry R. Chatlin and Helen M. Kalavitinos.  Irv was a graduate of Anacostia High School (Class of 1952) and Clemson University (Class of 1961).  He served in the US Air Force (1952-1956).  For over thirty years, Irv was employed at the National Security Agency in Maryland in many aspects of Computer Systems – programmer, instructor, project manager.  Following retirement in 1994, Irv moved to North Carolina where he enjoyed his retirement years playing golf, exercising at the fitness center, watching TV, and traveling.  As an avid sports enthusiast, he enjoyed watching collegiate sports – football, basketball and baseball. Irv is survived by his wife of over 40 years: Jerri Blazek, his brother: Robert Chatlin, his two children: Scott Chatlin (Cheryl) and Tracy West (Kevin) and five grandchildren:  Haley Chatlin, Garrett Chatlin, Kyle West, Tyler West, and Kaitlin West.

A Celebration of Life Mass will be offered at the UNC Newman Center Parish in Chapel Hill, NC on Saturday, February 29, 2020 at 10a.m.

In lieu of flowers, please donate to the charity of your choice.

Offer Condolence for the family of Irwin Leonard Chatlin 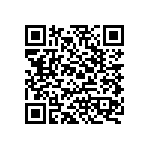