Iris Rose Gibson Ruffing 1919-2008 of Fearington Village, NC, and Magnolia Glen of Raleigh died on February 29 at Hillcrest Convalescent Center. Iris Rose, daughter of Callie Dunlap Gibson and A. Lee Gibson, had survived both of her brothers, Jack Gibson and Adam Pete Gibson and was the widow of John Thomas Ruffing 1918-1963.
Iris Rose was a long-time resident of High Point and later Greensboro. An alumna of Meredith College and a graduate of Appalachian State Teachers College, Mrs. Ruffing had a distinguished career with the Girl Scouts, beginning as a field service coordinator in New Orleans, working later in Miami, and advancing to the position of Executive Director of the Regional Girl Scout Council headquartered in Greensboro. Through a move to the Chicago area, she became Executive Director of a Girl Scout Council covering 18 communities—a leadership role she held for 18 years.
Following retirement, she continued her active service with non-profit organizations by joining the Executive Service Corps of Chicago as a volunteer consultant. After returning to her native North Carolina and settling in Chapel Hill, she joined the Executive Service Corps of the Greater Triangle, serving in a range of volunteer leadership positions for 16 years. As one of the first women involved in the Triangle’s ESC, she promoted the organization’s commitment to non-profit groups. Throughout her career, building upon and extending her commitment to the Girls Scouts, she remained a strong advocate of the interests of women and girls.
Mrs. Ruffing is survived by her two daughters, Patricia Ruffing Killian of Gainesville, Fla., and Sarah Ruffing Robbins of Kennesaw, GA; two sons-in-law, John Killian and John Robbins; and four granddaughters, Cindy Gillikin of Miami and Kathleen Killian of Gainesville; Margaret Robbins of Vinings, GA, and Patty Robbins a UNC graduate currently residing in New York City.
A memorial service honoring the life and achievements of Mrs. Ruffing will be held on Tuesday, March 4, at the Chapel of the Cross Episcopal Church in Chapel Hill, at 2:00 p.m. After the service, the family will receive guests in the church’s social hall. Mrs. Ruffing will be buried in Forest Lawn Cemetery, Greensboro alongside other beloved family members her husband, brother, and parents.
In lieu of flowers donations may be made to the Iris Rose Ruffing Scholarship Fund, established by the Executive Service Corps of the North Carolina Triangle in her honor. This scholarship will provide funding to non-profit organizations that primarily serve women and girls. For information, contact ESC Box 3669, Durham, NC, 27710 at 919-681-3536.

Offer Condolence for the family of Iris Rose Ruffing 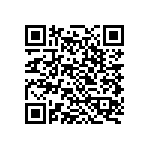