Irene Callahan Saddler, age 90, died on October 23, 2018. She was born on November 11, 1927 in Boston, Massachusetts, to the late Francis and Annie Fox Callahan.
She graduated from Milton High School in 1945, and went on to attend Emmanuel College, where she obtained a B.A. in Spanish Language and minored in French. After graduating from Emmanuel College in 1949, she began a decades-long career with the Department of Defense. It was here that she met her husband, Charles T. Saddler, who was serving in the United States Air Force; they were married on December 28, 1957, and spent the next fifteen years raising a family of four in Roanoke, Virginia. A few years after the untimely death of her beloved husband, she relocated to Laurel, Maryland, and returned to the Department of Defense, where she worked until her retirement in December of 1994.
Her retirement years were filled with an array of fun and exciting activities; she enjoyed travelling with her sister, Rita, to a number of countries, including Ireland, Canada, France, Italy, and Austria. She participated in line dancing several times a week, and found a wonderful group of friends with whom she started a local chapter of the Red Hat Society (she proudly served as their first queen). A devout Catholic, she lived her faith by serving her community; she was involved in Meals on Wheels and raised money for the American Cancer Society at annual line dancing events (she made a fabulous emcee). In her spare time, she loved studying foreign languages, playing the piano, reading, doing crossword, jigsaw, and Sudoku puzzles, going to the movies, and attending concerts and other performances.
Irene is survived by her four children, Julie, Stephen, David, and Melissa; her sons and daughter-in-law, Jay Kimple, Richard Bakewell, and Claudia Cantarella Saddler; her grandchildren, Meredith, Elise, and Kara Kimple, Brandon and Kyle Saddler, and Trevor Bakewell; her sister and brothers, Rita, Robert, and Joseph Callahan; and several cousins in Massachusetts and Ireland. She was preceded in death by her husband, Charles T. Saddler; her parents, Francis and Annie Fox Callahan; two brothers, Francis and Paul Callahan; and her granddaughter, Caitlyn Saddler.
A visitation will be held at the Hall-Wynne Funeral Home, 1113 W. Main Street Durham, NC, on Sunday, October 28, 2018 from 2 to 4 PM. Her funeral mass will be held at St. Thomas More Catholic Church, 940 Carmichael St. Chapel Hill, NC, on Monday, October 29 at 10 AM, and will be immediately followed by a reception in the on-site Friends and Family Hall.
The family is under the care of Hall-Wynne Funeral Service. In lieu of flowers, a memorial donation may be made to the American Diabetes Society, the Alzheimer’s Association, or the Muscular Dystrophy Association.

Offer Condolence for the family of Irene Callahan Saddler 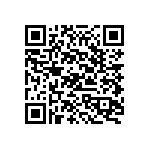