Ira Wesley Browning, age 91, passed away Sunday, September 21, 2008 at Durham Regional Hospital. A Durham native who lived his entire life in the Hillandale Rd. area, he was born March 23, 1917 to the late Ira and Annie Hunt Browning.

Mr. Browning was a member of Bethany United Methodist Church; the Durham Masonic Lodge #352 A.F. & A.M; and the Triangle Shrine Club. He was a veteran of the U.S. Army Air Corps. who proudly served his country during WWII.

Mr. Browning spent 49 years in the plumbing business and had retired from the VA Hospital. He was a great cook who will be remembered for his delicious BBQ and Brunswick stew.

Funeral services will be held 11:00 A.M. Wednesday, September 24, 2008 from the Chapel of Hall-Wynne Funeral Service with the Rev. Bryan Faggart of Bethany United Methodist Church presiding. Burial will follow in Maplewood Cemetery. Graveside Masonic Rites will be conducted by Durham Masonic Lodge #352.

Friends may visit Tuesday evening from 6:00-8:00 P.M. at Hall-Wynne Funeral Home and other times at the home located at 2512 Indian Trail.

Flowers are acceptable or contributions may be made to the Oxford Masonic Home for Children, 600 College St., Oxford, NC 27565; or Bethany United Methodist Church, 2809 Guess Rd., Durham, NC 27705.

Offer Condolence for the family of Ira Wesley Browning 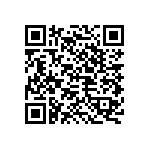