She was born January 19, 1918 in Pender County and was the daughter of the late Madola Shepard and Aaron Heide Davis, Sr. Mrs. Wells was preceded in death by her husband of 51 years, William Potter Wells and her two daughters, Mary Ann Mills and Janet Andrews. She is survived by one grandson, Christopher Andrews, son-in-law, Rusty Andrews, one brother, Dr. Aaron Heide Davis, Jr. and wife, Sally Margaret, of Greenville, SC and many loving nieces and nephews.

Mrs. Wells graduated from Burgaw High School, Burgaw, NC and received her AB and Masters’ Degrees from East Carolina University. She taught school in Roxboro, Burgaw, Chapel Hill and Durham. Her husband’s career as a pharmacist inspired her to join and work with the Ladies Auxiliary of the NCPHA, becoming president of the student wives’ association and later state president of the NC Pharmaceutical Association auxiliary. Mrs. Wells served as president of the Garden Makers’ Club of Durham and was a leader of the Junior League Makers’ Club.

A faithful member of First Baptist Church since 1951, Mrs. Wells worked in one of the church-sponsored area chapels; served as a Jr. Sunday School teacher; superintendent of the Jr. Sunday School and taught a young people’s class. She served on several church committees including the flower, bereavement and homebound ministry. After her husband joined the Gideons International, Mrs. Wells joined the Gideons Auxiliary, holding several offices in this group.

Friends may visit one hour prior to the service from 1:00-2:00 PM in the church.

The family would like to thank each person and organization for their generous and heartfelt expressions of sympathy and caring.

Arrangements for the Wells’ family are under the care of Hall-Wynne Funeral Service.

Offer Condolence for the family of Ida Davis Wells 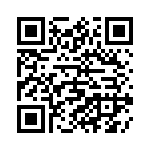