Hildegard Scheffey Ryals, a dedicated protector of the environment and well-known advocate for open space and land preservation in Durham and Chapel Hill, died on All Soul’s Day, November 1, 2012, at the age of 81. The daughter of Dr. Lewis Cass Scheffey and Anna Thun Scheffey, she was born in Philadelphia, PA, on July 17, 1931, and grew up in nearby Merion. She attended the Baldwin School as well as the Madeira School in Virginia before matriculating at Mount Holyoke College. She spent her junior year of college studying in Germany at the University of Bonn where she met a lifelong friend and her first husband, Dr. Richard Ellerkmann, who would thereafter become German Ambassador to many countries, including Canada. She graduated from Mt. Holyoke College in 1954 and earned a master’s degree from the School of International Studies at Johns Hopkins University in 1956.

Early in her career Mrs. Ryals held positions at the International House of Japan, the American Field Service, Governor Nelson Rockefeller’s presidential campaign, and the Fogg Art Museum. Through her work at the Laurance Rockefeller’s American Conservation Association, she collaborated with William H. Whyte to produce Cluster Development, a seminal book promoting environmental stewardship. It was during this time that her passion for the environment was truly ignited.

Her lifelong interests in environmental conservation continued when she moved to Durham, NC, in 1972 with her second husband, Professor Clyde de Loache Ryals, who thereafter became Chairman of the English Department at Duke University. Mrs. Ryals became close friends with Margaret Nygard and Becky Heron as they all worked fervently to preserve the Eno River watershed. Mrs. Ryals’ signature accomplishments include the Durham County Inventory of Natural and Cultural Resources and her role in establishing both Leigh Farm Park and Little River Park. She also founded the New Hope Creek Corridor Advisory Committee, a multi-jurisdictional committee established to protect the creek, its tributaries, and surrounding land.

For her service to the community, Mrs. Ryals received the following awards: Durham’s Golden Leaf Award in 2007 in the Outstanding Individual category, the Bartlett Durham Award in 1994 from the Historic Preservation Society, and the Volunteer of the Year Award in 1986 from the Triangle Council of Governments. As a tribute to her outstanding leadership and sustained involvement in historic preservation and for her dedication to protecting the quality of the natural landscape, she was rewarded special recognition by the Durham City Council in September, 2001.

In addition to her profound commitment and dedication to preserving the natural landscape, the quality of local watersheds and preventing unplanned suburban sprawl, Mrs. Ryals was an ardent supporter of the arts and humanities. The Hildegard and Clyde Ryals Collection of 18th- and 19th-century British and French drawings and watercolors at the High Museum of Art in Atlanta, GA was established through the generous and substantial number of works donated by Mrs. Ryals following Dr. Ryals’ death in 1998. Mrs. Ryals also established The Hildegard Scheffey Ryals, 1954, Environmental Studies Fund to support interdisciplinary activities related to environmental studies at her alma mater, Mount Holyoke College. Mrs. Ryals’ philanthropic interests included generous support for the Triangle Land Conservancy, Planned Parenthood of America and the Episcopal Church.

Hildegard Ryals loved her family and friends. She was hard put to venture across town without meeting and talking to someone she knew. Everyone seemed to know Hildegard. She enjoyed a hike in the woods or a cup of coffee with those she held dear. Her summer family farm in the Berkshires of western Massachusetts was the site of many gatherings with beloved family members and friends. An artist herself, her watercolors of the fields, woods and the family pond in Monterey, MA speak to her love of the natural environment. Mrs. Ryals’ travels around the world gave her a life-long appreciation for and understanding of other cultures and people less fortunate.

A memorial service will be held at St. Philip’s Episcopal Church in Durham on Saturday, December 15, at 11:00 am.

Arrangements for the Ryals family are under the care of Hall-Wynne Funeral Services. Online condolences: www.hallwynne.com, select obituaries.

Offer Condolence for the family of Hildegard Scheffey Ryals 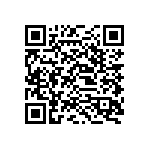