Hilda Gray Elliott, 71, passed away on Monday, November 2, 2015 at her home in Granville County.

Hilda was born in the Oak Hill community of Granville County on November 21, 1943 to Charlie Emory Talley and Polly Wilburn Talley. She was employed over the years by Pepsi Cola and Mitchell Warehouse, and was co-owner of Elliott’s Jewelers in Oxford.

Hilda was a consummate entertainer and a lover of music and poetry. Gifted with a beautiful singing voice, she was a former member of the Delrayno Baptist Church choir. She was also a gifted pianist who played by ear.

Hilda was preceded in death by her husband, James Lauriston Elliott and is survived by her son Michael James Elliott and his wife Elizabeth Williford Elliott of Raleigh, one grandchild, James Dylan Elliott, and two brothers, Alvah Rose Talley of Oak Hill and Tony Charles Talley of Indiana.

She will be memorialized at Gentry Newell and Vaughan in Oxford on Thursday, November 5th at 7 pm.

Offer Condolence for the family of Hilda Gray Talley Elliott 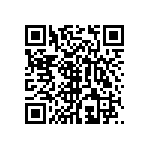