Herman L. Connell of Clayton, age 82, died peacefully at home on January 10 with his loving family by his side. He was predeceased by his parents, Eugene and Lois Connell of Granville County and four brothers, Nick, Nelson, Clarence and Crawford Connell, and two sisters, Helen Haskins and Lena Connell.

Omission of flowers is requested and memorials may be sent “In Memory of Herman L. Connell” to the Community Home Care and Hospice, 962 Hwy 42 West , Clayton, NC 27520

Offer Condolence for the family of Herman L. Connell 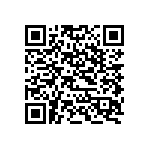