Skip was a baseball umpire for over 20 years and a football official for 10 years. He was a member of Florida High Schools Activities Association, Our Lady Queen of Martyrs Catholic Church and later St. John’s Catholic Church in Ft. Lauderdale, FL. Skip was a member and past president of Everglades Golden Retriever Club. He was an avid fisherman in the South Florida waters.

He retired from Bellsouth with 34 years of service and was a plant contract supervisor at the time of his retirement. For the next 11 years he was an engineering inspector for the city of Pompano Beach, FL. In the fall of 2000, Skip and Sandra retired to Asheville, NC where they enjoyed the next 15 years. He was a member of The Parish of St. Eugene Catholic Church and a member and volunteer of Foothills Golden Retriever Rescue. He was also a member of Western North Carolina ParrotHead Club. In 2015 they moved to Cary, NC and joined Holy Infant Catholic Church.

Skip was preceded in death by his brother and sister-in-law, George and Ruth Dunham and his son-in-law, Frank J. Stewart.

Surviving are his wife, Sandra Dunham; daughters, Sharron Stewart of Durham; Patricia Dunham of Oakland Park, FL; his son, Raymond Dunham and wife, Kimberly of Simpsonville, SC; his grandchildren, Jennifer Stewart of Seattle, WA; Matthew Brown of Durham; and Delaney Dunham of Simpsonville, SC. Also left to treasure his memory are his niece, Ruth Dunham Porter and husband, Todd and their daughter, Traci Porter of Coral Springs, FL; his nephew, Roger Dunham and wife, Laura of Coconut Creek, FL and their sons, Lt. Col. Chad Dunham USARMY, his wife, Solange and Captain Craig Dunham USAF, JAG and his wife, Erin. Skip thought it was special to be a great grand uncle to David, William, Amanda, Chad Jr., Zoey, and Zach Dunham. His cousin Jeannette Duryea of Piscataway, NJ survives him. Skip loved and was loved by his honorary granddaughter, Victoria Greever of Weaverville, NC.

The Dunham family is under the care of Hall-Wynne Funeral Service. Online condolences: www.hallwynne.com, select obituaries.

Offer Condolence for the family of Herbert G. “Skip” Dunham 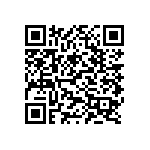