Henry Theodore Yatczak, Jr. 57, of Holly Glenn Road, Pittsboro, NC, died September 3, 2007 in his home, "The Eagles Nest". Henry was born September 25, 1949 in Rockville Center, NY, the son of Henry T. Yatczak, Sr. and Geraldine Lolaine Poole Yatczak. Henry retired in 1995 as a City of Miami firefighter, having proudly served over 20 years. He loved cooking for friends and family, both at the fire station and also at home. A true "renaissance man", Henry enjoyed, in addition to cooking, traveling, wood-working, playing and coaching sports. He was a former member of the Plant City Elks Lodge, a lifetime member of the NRA, and was a proud University of Miami Hurricanes fan. Henry was of the Catholic faith.
He is survived by his loving wife, Kathleen; a son, Michael Abdo; a daughter, Kelly Elizabeth Lau; step-daughters, Jami Nelams, Joy Marie Harmon and robin Grady; his sister, Linda Poole; and eleven grand-children.
The service to celebrate Henry’s life will be held at 10:00 am, Saturday, September 8, 2007 at Griffin Funeral Home in Pittsboro. David Ganley will preside. Friends may visit with the family on Friday from 5:00 – 7:00 pm at the funeral home.
The family requests that memorial contribuitons be directed to either The American Eagle Foundation, PO Box 333, Pigeon Forge, TN 37868 www.eagles.org, or to The National Arbor Day Foundation, 100 Arbor Avenue, Nebraska City, NE 68410 www.arborday.org.

Arrangements are in the care of Griffin Funeral Service and Cremation of Pittsboro.

Offer Condolence for the family of Henry Theodore Yatczak, Jr. 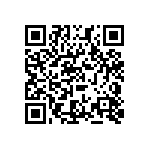