HENRY MARCUS LILLY
OXFORD: Henry Marcus Lilly, age 93 a resident of 180 Pine Cone Drive, died Thursday February 1, 2007. He was a native of Sussex Co. Va. and was the son of the late Edward M and Gertrude Grizzard Lilly. He was preceded in death by his wife Mary Virginia Lilly. He was a retired Railroad Agent for Seaboard Coast Line. Mr. Lilly was a member of the Oxford United Methodist Church and the Will Hicks Bible Class. He graduated from Waverly High School in Waverly Va. and attended Virginia Tech.
Mr. Lilly was a former member of the Oxford Kiwanis Club. He was a member of the Oxford Masonic Lodge # 122 AF & AM and Past Master of the Seaboard Lodge # 378 AF & AM in Seaboard, NC. Mr. Lilly was a Mason for more than Fifty years.
Funeral services will be held Saturday, February 3, 2007 at 11:00 AM in the Oxford United Methodist Church by the Rev. Pat Hawkins. Burial with Masonic Rites will be in Elmwood Cemetery.
Surviving are two daughters, Lynda L. Winston and husband Robert of Raleigh, NC and Mary Glenn L. Ray and husband David of Naperville, Ill.; one brother James D. Lilly of Sandston, Va.; and one granddaughter, Sarah Ashley Ray. He was preceded in death by one brother Rodman G. Lilly.
The family will receive friends Friday night from 7:00 until 8:30 PM at the Gentry-Newell & Vaughan Funeral Home. At other times they will be at the home.
Memorials may be made to the Oxford United Methodist Church, P. O. Box 757, Oxford, NC 27565 or to a charity of one

Offer Condolence for the family of Henry Marcus Lilly 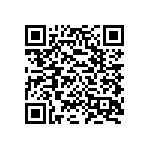