Henry Hansson (Hans) Himler was born August 30, 1943 in Westminster, MD to Henry and Edith Himler, the eldest of their five children. He graduated from Westminster High School in 1961 and from Western Maryland College in 1966 where he met his beloved wife, Dianne, on the rifle team.

He served active military duty on the DMZ in Korea between 1966-1967, then served as an instructor in the Army Civil Affairs School at Fort Gordon, GA in 1968. Returning to civilian life in Maryland, he served in the National Guard at the Pikesville Armory (1968-1976) where he attained the rank of Captain. After moving to Durham, he joined the Army Reserves, attaining the rank of Major.

Hans’ life was one of service to his country and to his fellow man. In Durham, he earned his master’s degree in social work at NCCU. He worked for Durham County Mental Health for 20 years, first as a manager of a detox house before working as a substance abuse counselor at Oakleigh. He also volunteered his time to several recovery programs and was a member of the Board of Directors for the Addiction Professionals of North Carolina, serving as the chair of the Ethics Committee (1996-1997).

He is survived by his wife Dianne and daughter, Eve, and three siblings, Roger (Marge) Himler, Virginia Himler and Susan (Don) Shafer. He was predeceased by his sister, Carol.

In lieu of flowers, donations may be made to the Durham Rescue Mission, www.durhamrescuemission.org/donation/ or to a veteran support group of your choice.

Offer Condolence for the family of Henry Hansson (Hans) Himler 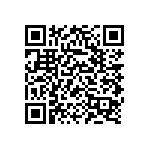