Born in Greensboro, NC, on July 3, 1929, he was the son of the late John R. Holder and Junia Sasser Holder. He was in the printing industry for more than 40 years and retired as Plant Manager for Holladay Tyler Printing Corporation of Rockville, MD.

Hank served in the U.S. Army from 1946 – 1949 with the 82nd Airborne Division, 505th Parachute Infantry Regiment, and was awarded the WWII Victory Medal.

Funeral Services will be held 11:00 AM Wednesday, March 4, 2009 from the Chapel of Hall-Wynne Funeral Service in Durham with the Reverend Tom Holtsclaw presiding. Burial will follow in Maplewood Cemetery.

Friends may visit one hour prior to the service on Wednesday in the funeral home.

Offer Condolence for the family of Henry Hank Sasser Holder 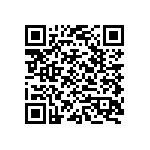