Mr. Henry Dabney Moorman, 90, died October 17, 2009 at Hillcrest Convalescent Center in Durham, after several years of declining health following a stroke. Mr. Moorman was born February 1, 1919 in Stigler, Oklahoma. He attended the University of Colorado and the University of Oklahoma earning degrees in Library Science and Geology. He served in the U.S. Army Air Corps during World War II and the U.S Air Force during the Korean War. After his time in the service, he worked for Reynolds Aluminum in Richmond, Virginia and Texaco in Buffalo, Wyoming. He was married to Virginia Hawkins Moorman in 1951.

Funeral services will be 11:00 AM Wednesday, October 21, 2009, from the Chapel of Hall-Wynne Funeral Service with Rev. Randall Floyd presiding. A private burial will follow in Maplewood Cemetery.

In addition to his wife, Mr. Moorman is survived by his son and daughter-in-law, Allan and Patricia Moorman of Durham, and two granddaughters, Colleen and Caitlin Moorman.

Friends may visit one hour prior to the service from 10 till 11 AM Wednesday in the funeral home.

Flowers are acceptable or memorials may be made to the American Stroke Association, National Center, 7272 Greenville Ave.; Dallas, TX 75231

Offer Condolence for the family of Henry Dabney Moorman 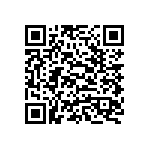