Oxford:
Henry Allen Wilson, 80, of Stovall passed away peacefully at his home on Monday, June 13, 2016. Henry was the son of the late Dorsey and Ada Guerrant Wilson. He was a lifelong resident of Granville County, a retired construction worker, and a US Air Force veteran.
Henry is survived by his wife of 34 years, Ann Smith Wilson; his children, Glara Hobbs of Danville, VA, Patricia Drews of Stem, NC, Phyllis Wilson of Butner, NC, Tammy Railey of Jacksonville, FL, Ruth Railey of Oxford, NC, Tina Quick of Clearwater, FL, Al Henry Wilson of Myrtle Beach, SC, Robert Wilson of Macon, NC, and Russell Wilson of Wise, NC; 19 grandchildren; 17 great grandchildren; a sister, Barbara Jean Hillard of Henderson, NC; and a brother, Amos Wilson of Bullock, NC.
In addition to his parents he was preceded in death by a sister, Virgie Cooke; two brothers, Willie Luther Wilson and Walter Wilson; and a grandson, Jonathan Wilson.
A graveside service will be held on Thursday, June 16, 2016 at 11:00 am in the Stovall Memorial Cemetery, Stovall, NC by Reverend John Yount. The family will receive friends at the home.
Gentry – Newell & Vaughan Funeral Home will be handling the arrangements for the Wilson family.
Online condolences may be made at www.hallwynne.com.

Offer Condolence for the family of Henry Allen Wilson 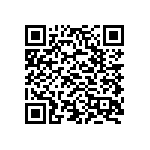