Mrs. Dean was born January 24, 1942 in Germany, the daughter of Horst Geburtig and Helene Peukert Geburtig. A registered nurse, Helene also volunteered at the VA Hospital in Fayetteville for a number of years. She operated two businesses in the area, Star Point Mini Mall and the Bargain Basement. Helene was a member of the Order of Eastern Star, Long Leaf Pine Chapter 186 in Fayetteville.

She is survived by her husband, Thomas Allen Dean, whom she married July 20, 1962; her daughter and son-in-law, Tatjana and Fred Vohwinkel of Chatham County; grandchildren, Austin and Jessica Vohwinkel; a brother, Horst Geburtig and a half-sister, Elizabeth Liedeke, both of Germany. Mrs. Dean was preceded in death by her parents.

Offer Condolence for the family of Helene Geburtig Dean 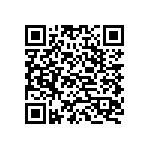