HELEN KEARNEY GOODWIN
FRANKLINTON- Helen Kearney Goodwin, age 80 a resident of 12 Cheatham Street died Thursday June 28, 2007. She was a native of Granville Co. and was the daughter of the late Willie and Fannie Branscom Kearney. She was a retired employee of Corning.
Funeral services will be held on Sunday July 1, 2007 at 2:00 P. M. in the Franklin Funeral Service Chapel by the Rev. Clyde Waiden. Burial will be in Fairview Cemetery.
Surviving is her husband, Frank Foster Goodwin, Sr.; one daughter, Brenda G. Sparks of Screven, Ga.; two sons Larry Goodwin of Franklinton and Frank Foster Goodwin, Jr.; two grandchildren and two great grandchildren. She was preceded in death by one son Stephen Edward Yielding.
The family will receive friends Saturday June 30, 2007 from 7:00 until 8:30 PM at the Franklin Funeral Service. At other times they will be at the home.
Arrangements are by Franklin Funeral Service.
Online memorials www.franklin-funeral.com select obits.

Offer Condolence for the family of Helen Kearney Goodwin 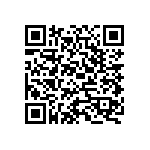