Helen Jean Little Parrish, until recently a Durham, NC resident, passed away on December 28, 2018, in Tullahoma, TN.  Helen was born in Washington, NC on December 23, 1923, to Crawford P. and Margaret Harvey Little.  After moving to Durham, she met and married Leander “Lee” Parrish, Jr. and their loving marriage continued until his death in 1996. She served in the Signal Corps during World War II and was a graduate of the Crawford Long School of Nursing (now part of Emory University) in Atlanta, GA.  Helen enriched the lives of an untold number of America’s bravest while she served as a nurse and later nursing supervisor at the Durham Veterans Administration (VA) Hospital.  Following retirement Helen attended luncheons with other retired VA nurses during which she enjoyed reminiscing about their shared experiences.  She was also a member of the Durham Chapter of the National Association of Retired Federal Employees (NARFE) and regularly met with a close circle of ladies from her church. Helen was kind and thoughtful, a dynamic personality in a tiny body, who loved her church, family, and a wide circle of friends.  She was a long-time active member of St. Philip’s Episcopal Church in Durham, serving on numerous committees over the last six decades.  Left to cherish her memory are her son, Crawford L. Parrish, Sr. (Fran) of Tullahoma, grandson Crawford L. Parrish, Jr. (Stephanie) of Signal Mountain, TN, granddaughter Jennifer Parrish Wilson (Nathan) of Ringgold, GA.  Her great-grandchildren are Crawford “Tripp” Parrish, III, Eleanor “Ellie” Parrish, Cassida Wilson, Leldon Wilson and Taylor Chambers.  She also leaves behind her much-loved nephew, Ashley Alligood of Wilson, NC.  She is now reunited with her parents, husband, sisters Elizabeth L. Alligood and Lucy Harvey Little and brother Crawford P. Little, Jr. who all preceded her in death. Funeral services will be conducted at St. Philip’s Episcopal Church on Monday, January 7, 2019 at 10:00am. The family requests in lieu of flowers donations be made to the American Diabetes Association, 2451 Crystal Drive, Suite 900, Arlington, VA 22202.

Offer Condolence for the family of Helen Jean Little Parrish 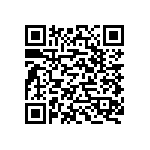