Helen Capsalis Vassiliades, 91, died Sunday in Duke Hospital following a brief illness. Born in New York City, she was the daughter of the late Manuel and Fotini Capsalis. Other than 4 years in Goldsboro, Helen lived all her life in Durham and was a 1936 graduate of Durham High School. Her family was among the first settlers of the Greek Community in Durham. Helen and her husband, the late Michael Vassiliades, built their home on West Knox St. where she proudly retained her independence until moving two years ago to Croasdaile Village.
Helen was devoted to the life and mission of her church, where she served in many capacities. She was a charter member of St. Barbara Greek Orthodox Church where she served as secretary and treasurer of the parish council. She held charter memberships in: St. Barbara’s Hellenic Ladies Society and was president and secretary for many years; the Philoptochos of St. Barbara, of which she was a board member and historian; and the Assn. of Retarded Citizens ARC of Durham, serving as board member and secretary. Helen established a Memorial Endowment for the ARC, benefiting retarded children. In 1995 she received the ARC Distinguished Service Award, and in 1982, the St. Barbara Appreciation Award in recognition of her contributions.
A woman of grace and refinement, Helen Vassiliades will be sorely missed by her family and beloved community of St. Barbara Greek Orthodox Church.
Surviving are her son, Janetis “Johnny” Vassiliades of Medford, Mass.; a brother Aggie Mary Capsalis of Vienna, VA; and nephew, Manuel Carole Capsalis and their 3 children. In addition to her husband, she was predeceased by a son, Manuel Paul Vassiliades. For 30 years, her husband and late brother, Otis Capsalis, operated the Palms Restaurant – a well-known and popular downtown Durham eatery.
The funeral liturgy will be offered 11:00 A Thursday in the Chapel of Hall-Wynne Funeral Service, St. Barbara’s temporary home, with Fr. Andrew Koufopoulos presiding. Burial will follow in Woodlawn Cemetery. Friends may visit 7-9 PM Wednesday in the Hall-Wynne chapel, with the Trisagion litany said at 8:00. Memorial donations may be made to St. Barbara’s Church, PO Box 1149, Durham 27702 or the ARC of Durham, 3500 Westgate Dr. Durham 27707. On-line memorials: www.hallwynne.com. Select Obituaries.

Offer Condolence for the family of Helen Capsalis Vassiliades 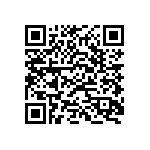