Helen Hathaway Bourke, a resident of Carolina Meadows for 27 years, died at the age of 101 on March 12, 2016. Mrs. Bourke, the daughter of Capt. and Mrs. G.S. Hathaway (USN), was born in North Wilmington, MA on June 6, 1914. She attended Trinity College in Washington DC and graduated from San Diego State in 1936. Continuing in the Navy tradition, Helen married Lt. JG Robert E. Bourke the same year and followed her husband from coast to coast according to where his ship was harbored. During the next six years, four children joined Helen on her cross-country journeys. After a 30 year career in the Navy, Capt. and Mrs. Bourke moved to West Hartford CN where he began a new career with Pratt Whitney, and Helen finally got to settle down. Following the death of her husband in 1988, she moved to Chapel Hill where she began a new life at Carolina Meadows, participating in many of the activities offered there. An avid bridge player, she continued to play regularly until she moved into the Health Center in 2012 at age 97.
Helen is survived by her four children: Frances B. Firth (Rogers) of Portland OR; Robert H. Bourke (Portia) of Monterey CA; Michael G. Bourke (Michele) of Coronado CA; and Margaret E. Christian (Meade) of Chapel Hill NC. Also surviving are her fourteen grandchildren and thirteen great-grandchildren. A Funeral Mass will be held 11:00am on Friday, April 8 at St. Thomas More Catholic Church. The internment will be held at a later date in Arlington National Cemetery, where her remains will be interred with those of her husband.
The family would like to thank the Nursing Staff of the Carolina Meadows Health Center (The Pines) for the loving care Helen received during the last four years of her life. In lieu of flowers, memorial gifts may be made to one of the following: The Carolina Meadows Gift and Remembrance Fund, 100 Carolina Meadows, Chapel Hill, NC 27517, earmarked for the Employee Scholarship Fund; or Charity Share, St. Thomas More Catholic Church, 940 Carmichael St., Chapel Hill, NC 27514.

Offer Condolence for the family of Helen Hathaway Bourke 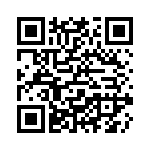