She was preceded in death by her parents, Lewis and Lola Weavil Ketner, her sister Lola Ketner Wynn, a brother Douglas T. Ketner and two infant brothers, Horace and Glen Ketner.

Hazel was first and foremost a devoted and loving wife. Her family was always her first priority. She married during WWII and moved with her husband, a member of the Air Force, to various stateside assignments. After WWII she lived in Munich and Wiesbaden Germany and Woodbridge, England for a total of six years. Norman Gaddis was a prisoner of war during the Vietnam War and Hazel served as the NC coordinator for the National League of Families. Her activities involved contacting the families of North Carolina servicemen who were killed, missing in action or prisoner of war. As a coordinator, she worked directly with the Department of Defense and the State Department. After her husband retired in 1976, she was an active member of the Bermuda Run, North Carolina Garden Club and served as its President.

Both she and her husband were active members of Westminster Presbyterian Church in Durham, North Carolina.

Offer Condolence for the family of Hazel Ketner Gaddis 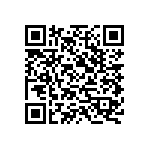