DURHAM – Hazel Dean Seabock Seagroves, age 94, died at Duke University Hospital on June 7, 2019. She was born on May 1, 1925 to the late Alvin and Hazel Seabock

Hazel was a graduate of Durham High School. She was married to the love of her life, Lindsey P. Seagroves, for 63 years. They were married at St. Paul’s Lutheran Church in Durham, NC. She worked for Strawbridge Studios for 40 years in their printing department. Hazel loved to read, being around friends and family and enjoying her sweet tea and decaf coffee.

The family will receive friends and family for visitation on Thursday, June 13, 2019, from 9:30-10:30 am at Hall-Wynne Funeral Service. A graveside service will follow the visitation at Maplewood Cemetery, Durham, NC.

The Seagroves family is under the care of Hall-Wynne Funeral Service.

Offer Condolence for the family of Hazel Dean Seabock Seagroves 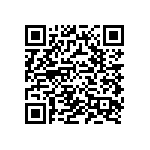