Harvey Milton King, Jr. 70, died at home Sunday following an extended illness. A Durham native, he was born August 14, 1937 to Harvey M. King Sr. and Louise Cates King. He graduated from Durham High School after which he attended N.C. State University where he joined the ROTC. After a short time in college he proudly served his country during the Korean Conflict in the U.S. Army. Upon return from the service he began working at Duke Power Co. where he met his wife, the late Carolyn King. Mr. King later joined Overnight Transportation as a freight salesman, becoming terminal manager and ultimately general sales manager. He spent over 40 years with the company.
Mr. King was a member of Watts Street Baptist Church. He was also active in the Masonic organization. He was a devoted outdoorsman who loved hunting, fishing and animals of every kind. He delighted in working with his hands and did beautiful woodcarving and taxidermy. Among many things, Harvey King will be remembered for his devout patriotism and his knack for story telling. In fact, he was enlisted to spin tales on several occasions at the Eno River Festival.
Surviving are his children, Mandy King Fowler and husband, George of Durham, Rod King and his wife, Robin of Durham; and Andrew Smith and wife, Jessica of Roxboro; grandchildren, Mary Medina of Greensboro, Caitlin King of Durham, Melanie Ruona of Winston-Salem and Danielle Fowler of Pilot Mountain; a sister, Betsy Hobgood and husband, Doug of Wilmington; and four great grandchildren. His wife, Carolyn King, predeceased him in 2001.
Funeral services will be 11:00 AM Wednesday from Watts Street Baptist Church, with the Rev. T. Melvin Williams officiating. Burial with military honors will follow in Maplewood Cemetery. Friends may visit 7-9 PM Tuesday at Hall-Wynne Funeral Service. Pallbearers will be: Memorial donations may be made to the Eno River Assn, 4404 Guess Rd. Durham 27712.

Offer Condolence for the family of Harvey M. King, Jr. 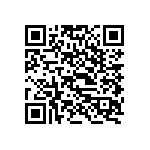