Harvey George Hewitt, 94, passed away peacefully on Sunday, November 5, 2017, at his home in Durham, with his devoted wife, June Hewitt, by his side.

Harvey was born on September 6, 1923 to the late Lydia and Harvey H. Hewitt in Mount Clemens, MI. He served as a radio and Morse code operator on a Northrup B-25 bomber during WWII from 1942-1945. He graduated from the Massachusetts Institute of Technology in 1951. He went on to have a successful career as a hydroelectric engineer for over 40 years, working on projects in around the world. In addition to his military and professional accomplishments, he had many other talents. These included his artistic and musical nature, his dry wit which he shared liberally, his thoughtful and articulate writing style and his outstanding craftsmanship in a wide variety of areas.

He is survived by his loving wife of 74 years, June Hewitt; his daughters, Lynne Man, and husband Bruce, Donna Davis Wolsfeld, and husband, Ronald; son, Scott Hewitt, and wife, Mary; grandchildren, Todd, Erin, David, Lisa, Bryan, and Jarrett; and one great-grandchild, Wyatt Man. In addition to his parents, Harvey is preceded in death by his son, Mark Hewitt, who passed away in 1997.

There will be a memorial service on Saturday, November 11, 2017, at 1:00 pm at Resurrection United Methodist Church in Durham, 4705 Old Chapel Hill Road, Durham, NC 27707. A reception will follow. Pastor Jacqueline Trotter Dove will officiate the ceremony. All are welcome to attend and celebrate Harvey’s life. Flowers and condolences may be sent to Hall-Wynne Funeral Service in Durham. Online condolences: www.hallwynne.com.

Offer Condolence for the family of Harvey George Hewitt 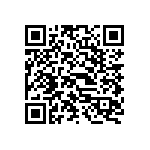