A memorial service will be held at Pittsboro United Methodist Church, 71 West Street, Pittsboro, NC, 27312 on Tuesday, January 14, 2 PM, Pastor Ben Alexander officiating. A reception will immediately follow in the fellowship hall. A grave side ceremony in Snow Hill, NC at the Sugg Family Cemetery will be announced as soon as determined.

Mr. Sugg was born in Kinston, Lenoir County, NC on June 23, 1940. He was an active member of Pittsboro United Methodist Church for more than thirty years. He has a successful career with at Becton Dickinson Research Center in Research Triangle Park, NC as a Chemist for more than forty years.

In lieu of flowers, the family requests that memorial gifts for technology be made to: Pittsboro UMC, PO Box 716, Pittsboro, NC 27312.

Offer Condolence for the family of Harry Walker Sugg 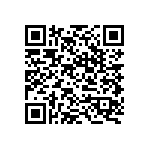