Harriet May Dula O’Neal died in her home Sunday evening. She was the daughter of the late W. C. and Elise Dula of Durham. She is survived by her son, Frank Marsha of Durham, Bill Diana of Chapel Hill, J. Ross Julie of Spencer, and Michael Sean Susan of Colorado Springs, Colorado.
She is also survived by nine grandchildren: Tyler and Samantha O’Neal, Jake and Evan O’Neal, Kaitlyn O’Neal, Brittany and Natalie Blevins, David, Dennis and Doug Vestal. She is also survived by 7 great grand children: Kyleigh, Carter, Chloe, Blake and Maddie Vestal, and Courtni and Tyler Chapin.
Harriet was preceded in death by her husband of 60 years, James Ross O’Neal, Sr., and her sister Patricia Davis. She graduated from Durham High School in 1943 and attended East Carolina University. She was employed by Durham County Schools as the first special educational teacher in the system, and was recognized at the state and local level as an outstanding educator. She received numerous awards for her work with developmentally disabled students.
Harriet was a devoted wife, mother, grandmother and friend. She served on the Durham County Mental Health Board, taught Sunday school at Asbury United Methodist Church and was a past president of the Tobacco Land Civitan Club.
She loved to read, enjoyed attending plays, concerts, and having lunch with her friends. She was a published poet, active in her Red Hat Club, and regularly attended line dancing and Tai Chi classes. She was intellectually and physically active until the end. She will be missed by all who knew and loved her.
A memorial service will be held on Friday January 23 at 11:00 am at Asbury United Methodist Church, 806 Clarendon Street, Durham, North Carolina. Family will receive visitors after the service. In lieu of flowers the family suggests memorials to Asbury United Methodist Church Urban Ministries Fund, 806 Clarendon Street, Durham, NC 27705

Offer Condolence for the family of Harriet May Dula O’Neal 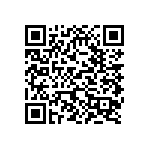