Harriet Hackett Byrd, beloved mother, sister, and grandmother died at home on August 18, 2018.  She was born on November 26, 1934 in Lynchburg, VA to the late DuVal Raymond and Virginia Lillian Hackett.  She moved to Durham with her family at an early age and attended Durham and Hope Valley high schools.  As a teenager, Harriet lived on Ridge Road and often road her horse along the surrounding roads.  She attended Greensboro College and graduated from the Duke University Medical Center Radiological Technician Program.  In 1957 Harriet married William Thomas “Tommy” Byrd and they moved to Danville, VA to start their careers and raise a family.

In 1974 Harriet and family returned to Durham to take over the family business, DuVal Hackett Florist, where they served the Durham community until her retirement in 2003.  Harriett loved spending time with her family, taking care of her pets, and reading, and she supported the Duke Blue Devils.

The family will receive friends on Thursday, August 23, 2018 at 11:00am at Hall Wynne Funeral Home, followed by a memorial service at noon. The Byrd Family is under the care of Hall-Wynne Funeral Service, Durham, NC; online condolences: hallwynne.com; select obits.

Offer Condolence for the family of Harriet Hackett Byrd 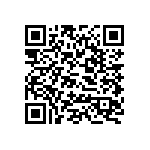