Born July 29, 1924 in Chatham County, he was the son of James Fredrick Seagroves and Donnah Gertrude Dorsett. Harold was a 1942 graduate of Pittsboro High School. In 1943 he volunteered for the US Navy and was sent to Bainbridge Training Base to electrical school. He was later stationed in Florida and where he was put on an LST where he stayed the rest of his naval career. He was promoted to 2nd class electrician, and was involved in several landings in the Pacific.

In 1945, Harold began working as an apprentice at Miller Funeral Home in Sanford. It was during that year and one half that he met his future wife, Yvonne Phillips, whom he married in 1948. Harold went to mortuary school at American Academy in New York, graduating in 1949. Following graduation he came back to Pittsboro, and began working with James and William Griffin at Griffin Funeral Home, where he stayed for 9 years. Following a short time of employment with Chatham County, Harold went to work at Walker

Offer Condolence for the family of Harold Thurman Seagroves, Sr. 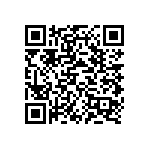