Hannah McCord “Nancy” Wright Pinckney, 76, originally from Bluffton, SC, passed away on April 11, 2013 in Chapel Hill, NC. Nancy was the beloved wife of John Chapman Pinckney for 55 years and died holding his hand, surrounded by loved ones.

A graveside service will be held in the Pinckney Family Cemetery in Pinckney Colony, Bluffton, SC on Saturday April 20, at 11:00 a.m. A funeral mass was held in Chapel Hill, NC on April 13th with Father Ronald Gatman of Benedictine Priory in Savannah officiating.

Born in Savannah, GA to Mary Wadley Morris and Augustine “Billy” Thomas Smythe Wright on December 26th, 1936, Nancy moved to Bluffton as a teenager and graduated from Bluffton High School in 1955. She attended the University of South Carolina. She was presented as a debutante in Charleston in 1956. On summer vacation to see her grandmother in Columbus, GA, Nancy met John, coincidentally also in Columbus from Bluffton, and they fell in love on their very first date. They married the next spring on April 19th, 1958 in St. Andrew’s Church, in Pinckney Colony, Bluffton, SC. They set up house on The Point, the Pinckney family farm, and became the very busy parents of the eight children that followed in the next ten and a half years.

Nancy was a marvelous and prolific cook, putting on dinner for her family of 10 every night and Sunday dinner often including a cousin or two, her mother, one or more of her own siblings. Holiday dinners were always a delicious feast for all. Much of the wonderful food was grown down on The Point in a large garden, from the fruit trees, or the scuppernong arbor, all of which the eight children harvested, reluctantly, as kids would be on a glorious summer morning…

She was a member of the Bluffton Garden Club for many years. She and John were members of St. Andrew’s Catholic Church for their 50 years together in Pinckney Colony. Nancy also worked at the Palmetto State Bank in Bluffton in the 1980s and 90s.

Memorials may be given to the Bluffton Historical Society or to the Galloway Ridge staff tuition fund in lieu of flowers. The family wishes to extend our sincere thanks to staff of the Arbor Nursing Wing at Galloway Ridge, in Pittsboro, NC for the loving and tender care that they gave our mother in the last years of her life and for the care they continue to give to our father John.

Arrangements are under the care of Hall-Wynne Funeral Service, Pittsboro, NC, where online condolences may be left at www.hallwynne.com, select “Obits”.

Offer Condolence for the family of Hannah McCord Wright Pinckney 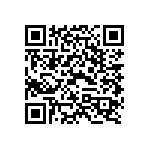