It is with both sadness and joy for his extraordinary life the family of H. E. “Nick” Shoaf , beloved husband, father, friend, and World War II pilot, announces he logged his last flight on a clear Saturday afternoon, March 5, 2016, surrounded by family at home.
Herman Elmo Shoaf was born in Forsyth County near Winston-Salem on June 17, 1925, to Sidney Thomas Shoaf and Danford Eller Shoaf . “Nick” was raised on the family farm near Hanes, N.C. and helped feed the extended family and friends during the Depression by hunting and fishing after school. He graduated from Clemmons High School in 1942.
Nick fell in love with flying when as a boy he took his first flight with Tom Davis, later founder of Piedmont Airlines, in a Piper J3 Cub as grand prize for winning a model building contest. His early dreams of becoming a pilot were realized one month before his twentieth birthday when he was commissioned as Second Lieutenant in the Army Air Corps during World War II. His love of flying continued for the rest of his life, as he logged thousands of single and multi-engine flight hours as pilot over a period of fifty years. His military service also enabled him to attend North Carolina State College after the war, graduating with a B. S. degree in General Engineering in 1949.
During a career spanning nearly four decades with Duke Power Company, beginning with summer engineering trainee projects in Winston-Salem in 1947, Nick became a key leader of engineering teams that redesigned aging electrical systems and constructed new power distribution infrastructure across North Carolina throughout the 1950s and 1960s. He completed a Master’s level course in Business Management at the company in 1961, and after several project management assignments at the company headquarters and in various districts, Nick moved his family to Durham as District Manager in 1969. Also that year he managed disaster relief teams to restore power on the Mississippi Gulf Coast in the wake of Hurricane Camille. Nick’s keen troubleshooting abilities and human resources skills proved beneficial as he negotiated union contracts and managed staff members from all walks of life during twenty-four years in corporate senior management. After retiring in 1984, Nick established Enn Ess Enterprises Management Consultants to assist small business entrepreneurs and young executives embarking on corporate careers.
With a strong belief in civic involvement, Nick was a member of many organizations, first in Winston- Salem and later in Durham. Nick was a member of Trinity United Methodist Church for 46 years. He served as President of the Lions Club of Winston-Salem, the Durham Merchants Association, and the Durham Rotary Club, who honored him as a Paul Harris Fellow. He also was proud to be a member of the American Institute of Electrical Engineers, Aircraft Owners and Pilots Association, Durham Chamber of Commerce, Sales and Marketing Executives Association, Durham First Union Bank Board of Directors, Durham Regional Hospital Board of Trustees, NCCU School of Law Board of Visitors, Durham YMCA, Red Cross, and United Way. In addition, Nick was a longtime member of Hope Valley Country Club and a lifetime member of the National Rifle Association.
Nick enjoyed many hobbies and used his talents to bring enjoyment and assistance to others. His post-war flying activities as pilot for colleague Floyd Pike introduced him to many interesting people and places. He continued his love for hunting and fishing throughout his life and taught family and friends those skills. He golfed with friends and business associates across the country, often to raise funds in benefit tournaments. After taking up cross-country motorcycling with his sons, the family garage became a meeting place for neighborhood kids who would seek his help to fix their motorbikes and bicycles. As his sons moved from motorcycles to cars, Nick worked with them on classic Corvairs and the garage became an auto shop. He was voted Father of the Year by the Sales and Marketing Executives, and received awards and recognition from numerous other organizations for his leadership, vision, and ability to get things done. Nick was ever ready to lend a hand and make good things happen.
Nick stated many times that the best thing he did in his life was to marry his surviving wife of over 65 years, Dorothy Steedman Shoaf, and become the loving father he was to his children; his daughters Sandra Shoaf Currin (Randy), Dr. Sarah Shoaf (Alan Miller), sons Richard Shoaf (Kathy) and Robert Shoaf. He is also survived by his grandchildren David Currin (Dawn), Wesley Shoaf (Becky), Amanda Shoaf Morrison (Sean), and a great-grandson William “Liam” Thomas Shoaf. In addition to his parents, Nick was predeceased by an infant brother, Thomas Edward Shoaf, and teen grandson Ryan Sidney Shoaf.
A service of celebration for Nick’s life will be 2 p.m. Saturday, March 12, 2016 at Trinity United Methodist Church in Durham. A reception will follow in the church parlor. Pallbearers will be Reggie Allred, Paul Mickey, Jim Delbridge, Russ Odom, Ed Palmer, and Ralph Rogers. Honorary pallbearers are members of the Professional Happy Drivers (PHDs), a fellowship of retirees organized by Nick to transport new vehicles for auto dealerships. The family thanks the members of the Trinity UMC Allred-Shoaf Christ Care and Trinity Prayer groups, Dr. Raymond and Claudia Joyner, Liz and Reggie Allred, Jim Dodson, Harry Gentry, Dr. John Kihm, and Duke Hospice for special caregiving. In lieu of flowers, memorials may be made to Trinity United Methodist Church, 215 North Church Street, Durham NC 27701, or the Durham Salvation Army, 810 Alston Avenue, Durham, NC 27702.

Offer Condolence for the family of H. E. “Nick” Shoaf 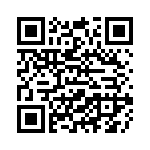