Mrs. Gwendolyn Blackwell Winston, age 75, died Sunday, August 30, 2009. A native of Granville County, she was the daughter of the late Dorsey and Tazzie Frazier Blackwell. Mrs. Winston was owner and chairman of Winston International in Oxford. She was also a member of Grassy Creek Baptist Church and a member of National Business Women of America.
Funeral services will be held Wednesday, September 2, 2009 at 11:00 A.M. from Grassy Creek Baptist Church by the Rev. Johnny Armstrong. Burial will follow in the Grassy Creek Baptist Church Cemetery in Bullock.
Surviving is her husband of 56 years, James Pratt Winston; one daughter, Kathryn Winston and husband, John Richardson of Henderson; three sons, Jim Winston and wife, Anne and John Lee Winston and wife, Anna, both of Oxford; Francis Winston and wife, Tammy of Bullock; one brother, A. D. Blackwell of Oxford and three sisters, Jane Holden of Knightdale, Yvonne Weeks of Oxford and Betty Pegram of Bullock. She is preceded in death by a sister, Adelle Bentley.
The family will receive friends on Tuesday, September 1, 2009 from 7:00 until 8:30 P.M. at Gentry-Newell & Vaughan Funeral Home in Oxford and at other times at the home.
In Lieu of flowers, memorials may be made to Grassy Creek New Fellowship Building Fund, c/o Peggy Currin, 8723 Grassy Creek-Virgilina Hwy., Bullock, NC 27507.
Online memorials, www.gnvfh.com, select obituaries. Gentry, Newell & Vaughan Funeral Home is in charge of assisting the Winston family.

Offer Condolence for the family of Gwendolyn Blackwell Winston 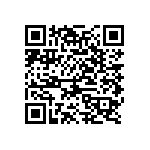