DURHAM: Grace Councill Atkinson died peacefully at her home at The Forest at Duke in Durham on December 20, 2016 at the age of almost 92.
She was born in Boone, North Carolina on December 31, 1924, the daughter of Grace McNinch Councill and Edward Tracy Councill. All of Boone toasted her arrival with champagne. Gay graduated from Duke University in 1946. In the spring of 1945, she and a friend attended the Navy-Duke track meet at Wallace Wade Stadium, where she happened to meet a dashing Navy high jumper from Georgia, Midshipman Bert Milton Atkinson, Jr. She and Bert were married in Boone in 1946. Their marriage lasted 54 years until Bert’s death on May 29, 2000, shortly after they moved to Durham.
For almost 30 years, Gay and Bert lived all over the world, until Bert’s retirement from the Navy as a Captain in 1975. They retired in Ormond Beach, Florida, where many wonderful friendships were forged and Gay worked tirelessly fund raising for many causes dear to her heart. They moved to Durham in March 2000.
One of Gay’s greatest gifts was her love of gathering friends together and delighting them with her culinary treats. She created an atmosphere of laughter, joy and wonderful conversation with much merriment. She made life better for for those around her in so many ways. One of her great joys was volunteering at Caring House of Durham, in her gentle way, understanding the hearts of those who came through their doors. Gay was generous in every way, always thinking of others before herself and quick to respond in a caring, quiet way, never wanting the spotlight on herself. Having traveled so much of her life and never one to be idle, Gay was always excited about the next great trip, especially if it was to London, her favorite place on earth, where she had lived for many years and had maintained deep friendships over the years.
Gay was a strong, independent woman, always a fighter, even until the end. She was courageous, full of tenacity and determination, kind and generous and loved deeply. These attributes of Gay will live on in those who loved her because of her life.
Gay is survived by her beloved dog, Alfie, her nephews John H. Councill, Jr. and Benjamin J. Councill of Boone, her niece Tracey Councill Ellison of Takoma Park, Maryland, the children of her late brother John H. Councill; her sister-in-law Mae Ventress Councill of Boone; her husband Bert’s niece and nephew, Erika Atkinson Fischer of Washington, DC and Benjamin B. Fischer of San Diego, California. She is also survived by the family of PJ Burns who adopted her as their own many years ago, through whom she gained children, grandchildren and great-grandchildren who adored her. She will be deeply missed by all.
She was also predeceased by two of her best friends, Betsy Bernard, with whom she maintained the closest of relationships since their days at Duke and PJ Burns, with whom she celebrated life for many years while at The Forest at Duke. Gay will be buried at sea.
Memorials in Gay’s memory can be made to Duke University Endowment for Fellowship Support for Hospice and Palliative Medicine which was dear to her heart, c/o Duke Health Development-710 West Main Street, Suite 200-Durham, NC 27701. Hall-Wynne Funeral Service & Crematory.

Offer Condolence for the family of Grace Atkinson 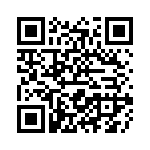